I meant to write this post last week, but I didn't. The problem was I only had local access to the internet for a couple of days for some reason. Anyway, the problem's been resolved. You could say I was cut off. Just like poor old Adele.

Well, it was terrible wasn't it? No? No, it wasn't. I'd rather listen to Blur than a girl who, though a lovely singer, when speaking sounds like an extra from TOWIE. It's not just the tone either, the content was moronic. "Ar'm sow praaad to bay British" said the Brit School's most successful alumnus. She went on to talk about "flyin' the flag" and other such Nationalist nonsense and quite frankly, I've never been so happy to see James Corden's otherwise slappable mush appear to cut her off. 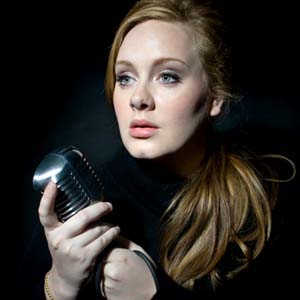 After her snooker hall philosophy had so insightfully enlightened us and Corden had stopped her in her tracks, she gave the finger to some Brits execs (or whoever they were) and 'bowled-it' off, so as to complete the full-on stereotypical East-End barfly image.

What was I then greeted with? Ray Winstone's presentation for Blur's Oustanding Contribution Award. What next? Phil Daniels and Damon Albarn 'bowling-it' down the stage to Parklife arm-in-arm. Oh.

Couldn't they have played more of the Pavement-inspired later stuff? Never mind, Blur deserved that award. Adele, dare I say it, deserved hers. Maybe she should just say thanks and smile next time... Maybe not, though. It wouldn't be Adele would it?


Lovely version of a great song

Anyway, 21 is now a bigger-selling album in this country than Jacko's Bad, so that should console her in her anguish. If not, why not go to the cashpoint and press 'balance' Adele?