Gallowaywi'ya!!! - 5 of the Best Scandalous Songs

I absolutely cannot believe that the people of Bradford West voted in George Galloway - him of Celebrity Big Brother fame who pretended to be a cat - in last night's by-election. My disgust is such that I see this as, in fact, a bloody scandal! With this in mind here's 5otB scandalous songs for you (and don't even think Mis Teeq are included).

Eminem - Kim: When I was a lad Eminem was just about the only interesting mainstream pop star (don't even think Mis Teeq would be included here either!) and this song, with its honour killing theme (Galloway probably loved it), caused quite a stir when it appeared on The Marshall Mathers LP. Not just scandalous, but downright outrageous.

Sex Pistols - God Save the Queen: It's hard to think of a song that has caused more of a stir and backlash in the history of popular music and anything that gets up the nose of Royalists is good for me.

Dead Kennedys - Kill the Poor: This caused a reaction, but only because people mis-interpreted it. Kill the Poor is actually a protest song, not a manifesto on how to eradicate the less-wealthy members of society. It's also a fantastic, energising cult-punk classic.

2Pac feat. Nate Dogg, Snoop Dogg and YDG - All About You: "Is you sick from the dick or is it the flu?" - just one of many foul, filthy lyrics which litter this gangsta rap dream of a scandal. Really, much of 2Pac, Snoop or Nate's output could be up here, especially Nate's I Need a Bitch.

Posted by Unknown at 09:46 0 comments Links to this post

Blue Collar Pop - and How it Keeps You Down

Anybody who knows me well will know that I'm a big John Lennon fan. Indeed, Lennon, for me, is as good as anyone who's ever committed to songwriting. A natural melodist with sharp lyrics (though his early-Beatles stuff may not have realised this as well as his later work with the fabs or his solo stuff), Lennon was the conscience of popular music in many ways.

Working Class Hero, perhaps Lennon's greatest lyric, highlights exactly what I'm saying. Working with a simple harmonic movement (Am, G throughout), Lennon adds in the hammer-on on the d string for a melodic touch and the vocal melody to the track is very engaging. Besides this though, as has been said, the lyric is its most engaging feature. As a polemic which actually holds its audience (the working class) to account and tells them that they are their own worst enemy by allowing themselves to be "doped with religion, sex and TV" and thinking they're "so clever and classless and free", Lennon's song tells them exactly why their plight is so.

Lennon never shied away from anything - war, love, hate, cold turkey - but by pointing out the problem instead of just venerating a lifestyle which keeps the working classes down he pulled something off which many do not: he gave his subjects a solution i.e. stop being doped by these identity forces and react.

Many other lyricists, whom when depicting the plight of the working class, miss out on this. For instance (and as much as I love his music and lyrics), Bruce Springsteen's poor, polemicist posturing gives many working class Americans a hero and a champion, but he is often somebody who champions their way of life by just saying he is a blue collar guy. Springsteen, however, does "stick it to the man" in many ways and therefore is merely the tip of the iceberg and far less of a problem than others.


This one both contradicts and backs-up my point - just listen! It's a great tune too.

The real problem comes from bands and artists such as Oasis, The Streets and The Enemy whom all promote a working class ideal and aesthetic in their song lyrics without ever pointing out that monetary hierarchy is succinctly unfair and that forces beyond them are keeping them down (like millionaire pop stars giving them identifiable working class heroes, for example). O.K. then, "day-by-day there's a man in a suit who's gonna' make you pay" in Oasis could be argued to go some way, but it still misses the point really. The Streets and their "total result of a holiday" and The Enemy's resignation that "we'll live and die in these towns" absolutely vindicate my point. Through promoting the blue collar hardships as something to be proud of, these artists manage to, in fact, keep the working class down.

Maybe as good a place as any to look is Morrissey and, subsequently (given that Moz may be his biggest fan), some of the poetry of John Betjeman. Along with Lennon's Working Class Hero, Morrissey's scorn in the line " a double bed and a stalwart lover for sure, these are the riches of the poor" and Betjeman's downright indictment, particularly in Slough, one of his most famous poems, provide a chance for introspection within the working class. Sadly, the "jumped-up pantry boy, who never knew his place" may never realise this, because while it was being explained to him he merely said "shut up, Dry Your Eyes Mate's on".

Posted by Unknown at 10:38 0 comments Links to this post

Some Stuff What I've Enjoyed Recently

QPR: The Four Year Plan - Really cool BBC documentary about the finest football team the world has ever seen. It highlights the disparity between the seemingly off-hand, clumsy and harsh Briatore administration and any manager forced to work for it. The ending also brought back some great memories from last summer's promotion.

The Artist - Though essentially a throwback, The Artist breathes some new life into silent film. It's an interesting story, well-conveyed and acted out with a breathtaking soundtrack. Not sure about the Oscar though, just because I enjoyed it, it doesn't make it better than other noteworthy contenders.

Freakonomics - I'm late to this one, I know. Huge when it first came out in 2005, this book so brilliantly explains the answers to quirky questions in an economic (pun intended) way. Lucidly-written with well-thought-out content it is a must if you haven't read it already!

Blonde on Blonde - One of Dylan's best albums, I've really been getting back into this recently. I've always loved You Go Your Way (and I'll Go Mine), but my eyes have been re-opened to the magic of Visions of Johanna and I Want You once more. Stunning album. 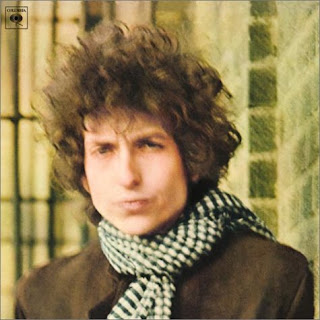 Posted by Unknown at 13:55 0 comments Links to this post