Music in Review: The Clash

For the first of these backward-glancing features I shall review the early music of the revered punk-cum-rock-cum-reggae behemoths; The Clash. From their eponymous debut album - a punk classic of three chord angst built from the garage rock model with political aspirations and London imagery in equal measure - up to the more polished faux punk of Give 'em Enough Rope, I will dissect, scrutinise and critique the early musical content of a band who truly understood that every facet - image, politics, music and ideology among others - of a band is fundamental to their legend making.

Early period (The Clash, Give 'em Enough Rope and early singles) - If The Clash had faded off into the sunset after their first two album releases and never made another record, they still would have gone down as one of , if not the finest punk bands to have emerged from the '76 - '77 brigade.

Straight from the bat, the explosive first single, White Riot, aggressively called white youths to riot like their black counterparts with Strummer asking"are you taking orders?" spikily. The simple a chord/d chord rhythmic blast of ferocious punk hits the desired spot (the jugular) and its parent album, The Clash, performs a similar trick. The album has points which lull the listener into a false sense of security - see Mick Jones's softer vocal approach or the break down section in Police & Thieves - only to throw an expert sonic uppercut as one settles - see Strummer's growled, snarling vocal attack or the lead back into the fight scene-worthy crescendo that spills out of Police & Thieves's break down. The first run of singles (from White Riot to the majestic White Man (in Hammersmith Palais)) and that eponymous first record showcase the sheer dynamism and force The Clash had, while also showcasing Mick Jones's melodic touch and the substance and brutality of Strummer's poetry.

On their second album, 1978's Give 'em Enough Rope, The Clash decided to bring in Sandy Pearlman on production duty. The result was a slightly watered-down outcome which the band's record label, CBS, thought might break The Clash in the USA. It did not have the desired effect.

Certainly, the album sparkles at points, none less so than in the swashbuckling devilry of Safe European Home, but at too many points it fails in its objective - to bring true London punk to the world - by failing to indeed be true London punk.

As a whole, this period of Clashology proves to be a focal point. Without the lessons learned from this early education, one would struggle to grasp where they were coming from on their undoubtedly more intriguing work later on in their tenure or indeed how they got there. 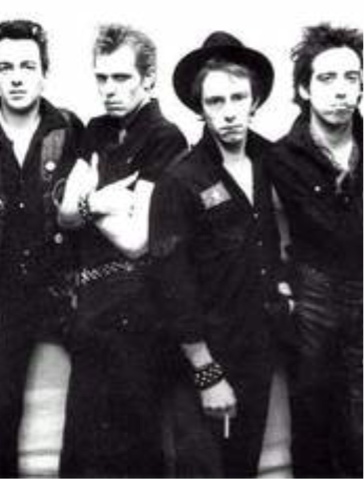