The Big One: Glastonbury - Morrissey and U2 Take Centre Stage


Tonight will see both Morrissey and U2 take to the world-famous Pyramid Stage at Glastonbury Festival. It is highly fitting that two of the World's most famous acts will take said stage. There may be a problem, though, as two of the most egotistical people in rock music will be taking the stage one after another, namely: Morrissey and Bono.

In the case of Morrissey, everybody knows what a cantankerous old git he can be. I do wonder what he thinks of being essentially the warm up act for the genuine headliners. I do wonder if he will, in fact, make any kind of rant on his hatred for U2 and in turn what that may provoke Bono into. 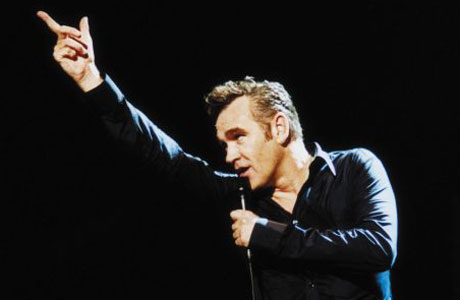 Morrissey is also well known for his animal rights campaigning and his overt (some might say in your face) praise of vegetarianism. Expect some kind of spout on that and be ready for some kind of Bono rant on third world problems and the like.

The main thing we can hope to expect, though, are two great performances from two truly great rock acts. And maybe a little fire-stoking from Moz, after all: that's entertainment.